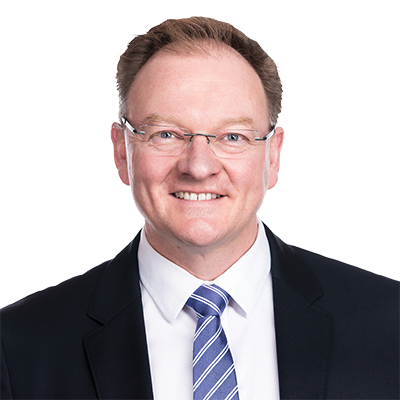 Roger Jaensch grew up in outer suburban Victoria - the son of a self-employed engineer and a committed community volunteer. After completion of secondary schooling he spent time working and travelling in southern Africa.

Returning to Australia, Roger studied Science at Monash University, focusing on land use and management in semi-arid areas of Australia, similar to those he had seen in Africa, and the human and economic factors driving business decisions in these environments.

On completion of his studies, Roger worked in the remote Gascoyne region of Western Australia where he helped to pioneer tourism, horticulture and sheep and goat meat enterprises on pastoral leases, diversifying local economies and creating new exports.

After other land use planning and industry development roles in WA, Roger was appointed as inaugural Chair and CEO of the Cradle Coast Authority in 2000 and moved to Wynyard in NW Tasmania with his wife Stephanie, where they have now raised three children.

The Cradle Coast Authority and its member councils are now recognised nationally as a model of cooperation for local government, and a case-study in coordination of planning, and economic and community development at regional scale.