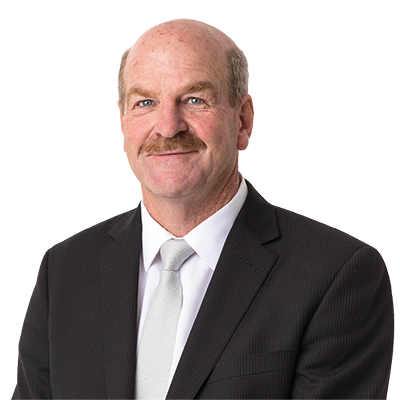 Mark was first elected to the House of Assembly in March 2010 as the Member for Lyons.

He and his wife Merrilyn live in the small township of Bracknell and they have three adult children and seven grandchildren.  Mark has a very strong background in primary industries, operating a 200 acre property at Bracknell with his brother.

Marks maintains a strong desire and passion to work hard for regional Tasmania and the continued development of our small businesses, agriculture and forestry sectors.  He knows the importance of a secure job and a community that supports its own.

Since his election to the House of Assembly in 2010, Mark has held a number of positions in the Liberal Government including:

From 2003 to 2010 Mark was the Mayor of the Meander Valley Council, and as a former TAFE and Adult Education teacher in automotive studies, he is passionate about developing the skills through education that the next generation will need.  He has also extensive experience in managing small businesses.

Mark is Patron and supporter of many sporting organisations and with a long sporting career in both football and cricket; he is a big believer in participation in team sports, not just for the physical and social benefits, but for the mental health benefits as well.

He is also a passionate supporter of many charities, and in 2017 Mark completed an amazing 200-kilometre, rain-soaked, blister-filled walk from Longford to Hobart to raise funds for the statewide disability support service St Giles and was able to raise more than $23,000 for the charity. St Giles provides caring and professional support to Tasmanian families who have loved ones with a disability.