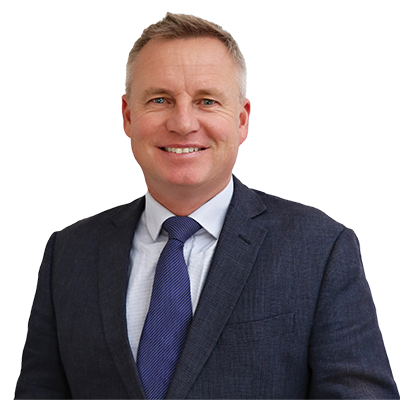 Jeremy is a north-west Tasmanian who grew up on the family farm at Sassafras.

After matriculating in 1987 Jeremy then went to work on a cattle and sheep property near Hagley.

Following a two-year period at Lincoln University in New Zealand, Jeremy received a Diploma in Farm Management and returned to Tasmania to manage his family's property at Sassafras, which specialises in mixed cropping and prime lamb production.

Apart from his passion for farming and rural life, Jeremy has a strong empathy with public and community services and has worked with a number of organisations including Lifeline NW, Natural Resource Management and Landcare Groups, Youth and Family Focus, the TFGA and MST Workplace Solutions, as well as holding many other positions.

Jeremy has a close association with the Latrobe Football Club of which he was President from 2006-2009. In 2006 Jeremy was awarded Life Membership of Lifeline North West.

In December 2006, Jeremy held the portfolio responsibilities of Economic Development, Resources, Sport, and Recreation and Community Development and between August 2008 and March 2010 was Shadow Minister for Tourism, Infrastructure, Resources and Racing.  Jeremy held the position of Deputy Leader of the Opposition from March 2006.

Since becoming a Member for the House of Assembly, Jeremy has been instrumental in helping set up the Tasmanian Devil Research Trust Appeal, progressing the rights of asbestos victims, championing the need for water development and greater quarantine barrier controls, fighting for stronger food labelling laws and effectively representing many people across the Braddon electorate.

Jeremy is married to Sandra they have three beautiful young daughters Ruby, Lucy and Holly.